My story in words 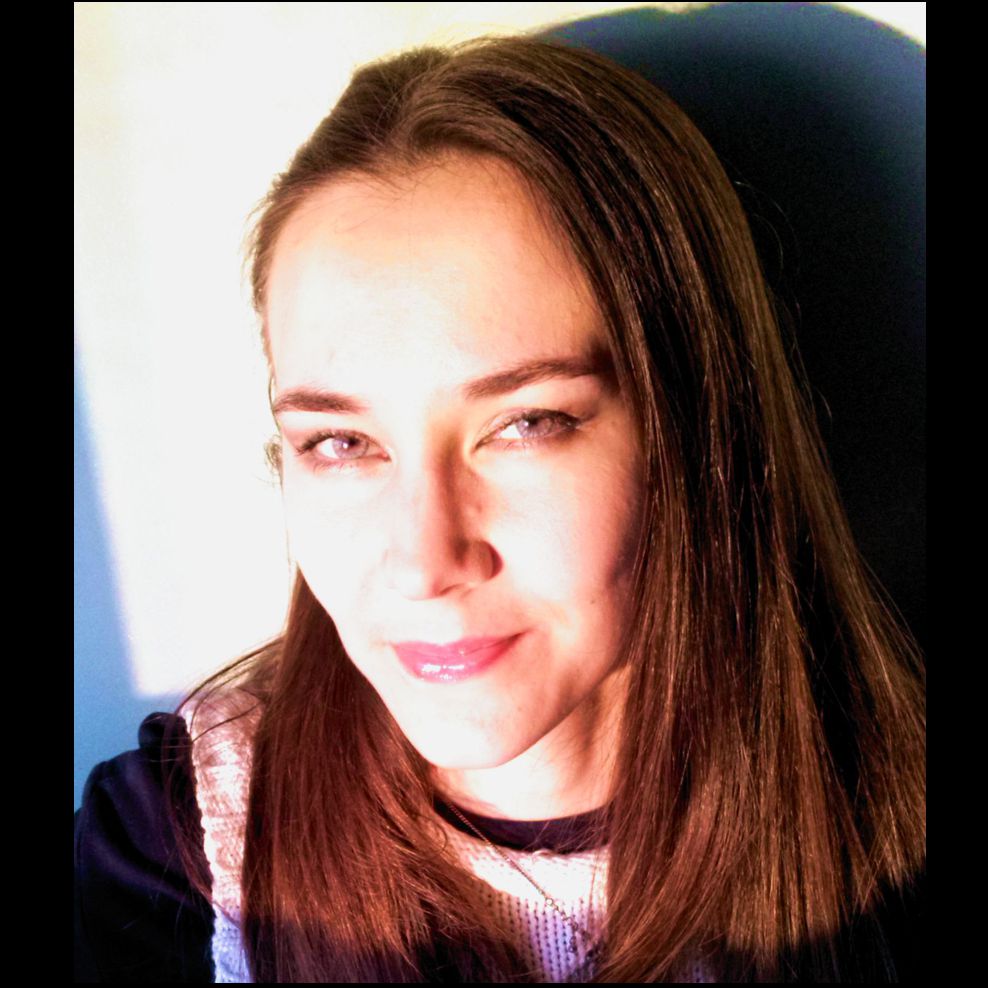 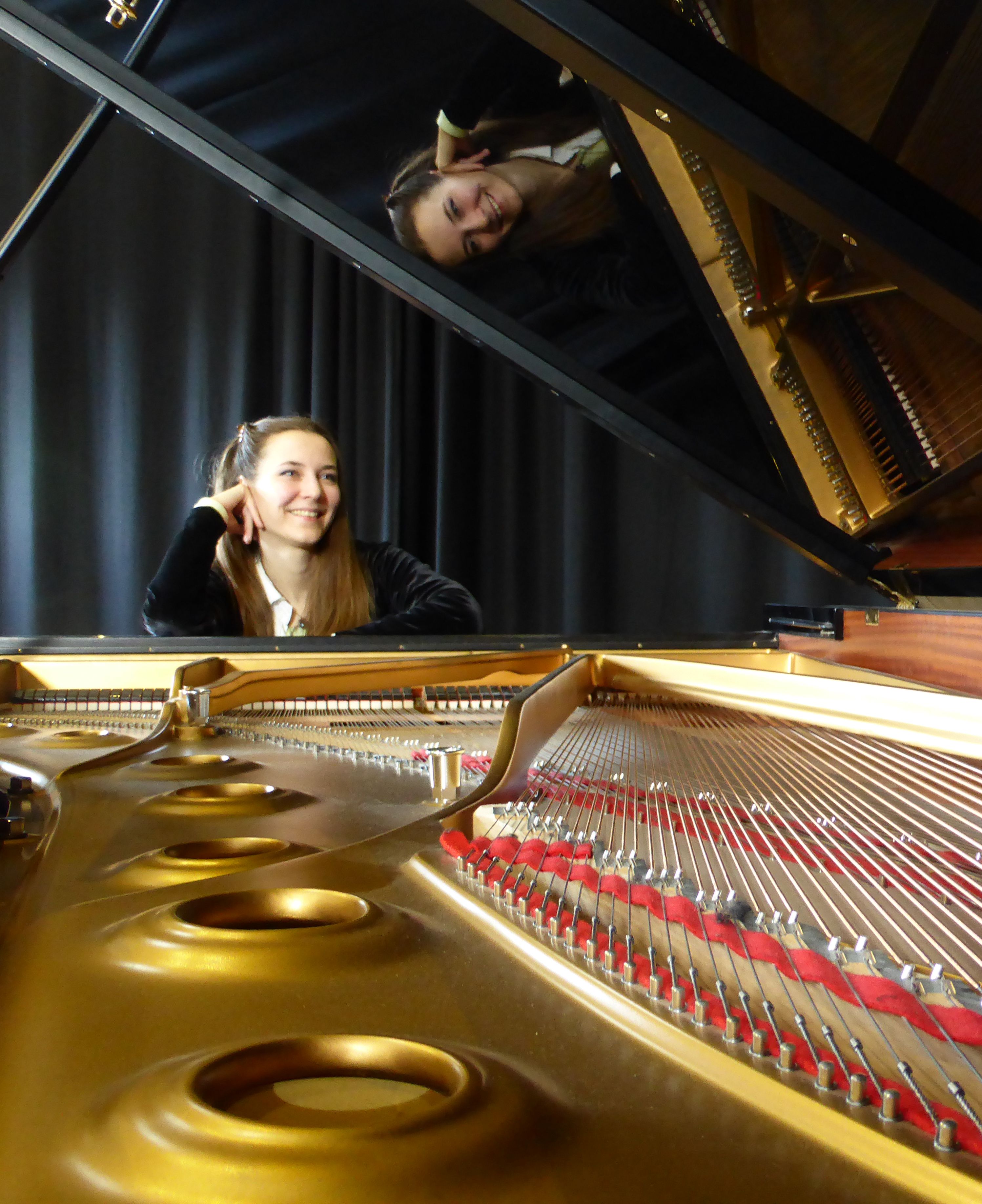 Irina Ideas is of a White Russian lineage, her branch of the family ended up in Montenegro where she was born, and raised but soon after became a world citizen. She began her piano studies at the age of 8 at Music Elementary State School in Niksic- Piano Major lasting 7 years completed with excellent success in 3.5 years at the age of 11 being a student in a class of Professor Mira Jovovic and Marijetka Nikcevic. Then she continue her piano studies under tutelage of Vladimir Bockarjov, a graduate from the Tchaikovsky Conservatory in Moscow. At the age of 15 she passed the entrance exams with highest scores at the University of Montenegro, Academy of Music where she was studying with Professor Boris Kraljevic for four years of Undergraduate studies with distinction results.

She studied piano master courses under tutelage of Constantin Boginoa, Ruth Harte, Michael Schreider, Irina Ossipova, Leonid Kontorovski, Julian Jacobson, Fazliddin Husanov, William Fong, Andrew Haigh,.. Participant with awarded scholarship, patron John Lill, at North London Piano School in London, UKShe was participant with an awarded scholarship, patron Sir Colin Davis at Piano Course and The Alexander Technique, with Professor Nelly Ben-Or in London, UK 2005, 2006.In 2005 she was accepted as a Music Performance student at the University of Bridgeport, CT, USA where she was awarded a Presidential Merit Scholarship for every year of studies at this University. In 2006 she took master classes with Maestro Jeno Jando in Royal Academy of Music, Dublin, Ireland with awarded scholarship. After she studied under Antonin Kubalek (Royal Conservatory in Toronto, Canada) at Zlate Hory, Czech Republic, Zdenek Hnat(pupil of Neuhaus), Ivo Kahanek.In Paris she studied master course under Natalia Pavlova.

Her solo concerts and participations at numerous musical events began in 1992. She was awarded many diplomas and prizes from National and International Competitions which include: third prize (A bronze Lyre) at Twentieth Youth Music Festival in Podgorica, Montenegro 1993, Third Prize on the International Competition of Young Musicians “Petar Konjovic” in Belgrade 1995. First Prize in the prestigious competitions from all over former Yugoslavia candidates in Nis, Serbia, In 1996 she was awarded the “24 September” honorable prize by Niksic Youth Council for exceptional results achieved in the field of culture. In 1997 she earned a Diploma with 85.4 points at the Intenational Competition “Petar Konjovic” held in Belgrade. After she gave her first piano debut at the age of 13 with recital lasting 1 hour covering several epoch starting with Baroque toward Modern composers. The recitals were held in the most prestigious halls throughout Montenegro including “Budo Tomovic” in Podgorica, “Cathedral of St. Tripun” in Kotor, “Zahumlje” in Niksic,“Buca Castle” in Tivat, ….In 1999 she won First Prize (Golden Lyre) at the 26th Festival of Young Musicians of Montenegro. Then she gave numerous concerts throughout Serbia and Montenegro National Theatre in Podgorica, Gallery of Serbian Academy of Science and Arts in Belgrade.

She received an invitation from the Italian Government for the participation in the “Cassino Luogo D’Europe” International Festival of Young Talents in Montecassino, Italy and earned a merit award for outstanding performance. In 2000 she won the “OMPA – 2000” annual award from the Youth Music Poetic Association of Montenegro as the youngest student with the exceptional results studying then already second year at the University of Montenegro, Department of Music. In 2001 she won First Prize (“Golden Lyre”) at the 28th Youth Music Festival of Montenegro (student category). She has performed a piano duo with internationally acclaimed pianist Pierre Feraux with whom she played concert in Abbey de Floreffe, Belgium 2005.

She completed a number of courses and specializations in social sciences, arts and business, many of which with distinctions and excellence from the following universities: Hebrew University of Jerusalem, University of Copenhagen, Copenhagen Business School, Wharton University of Pennsylvania, The World Bank, The University of Edinburgh, California Institute of the Arts.

Irina Ideas was multi-faceted in her attitude to arts from an early age and with wide range of interests throughout the education. A true Renaissance approach to the types of projects she later launched and made an impact, creating a mix of entrepreneurial, academical and creative ideas corresponding to the limitless possibilities that living in 21st Century brings. She founded International non-governmental organization with objectives to Ecological Preservation, Rural Development, Research, Education and Culture with specific focus on mountain region in order to create positive environmental influence.

She was always greatly inspired by technology and thus having herself taught to code, combined with design thinking and analytic approach to human psychology, as a result she founded various businesses and communities for investments, promotions of sustainable projects and consultancies both online and offline over the years. To name a few she founded and grew Sustainable Investments South East Europe dedicated to promoting interaction between people with interest in versatile future investment potentials within the SEE region, acted as strategy consultant at SEE Consulting Center, TL Apex, Co-founded VidiBiznis directory promoting modern business ideas and management, was cofounder in many projects that were developing forward thinking ideas in the region,...etc.

She has made a collection of sculptures (clay) and three collections of paintings (acrylic on canvas), each of which is linked to a written study covering the themes of mythology, imaginary world, philosophy of life and futurism. She has written and published many articles on philosophy, society, technology and art. Almost all written articles are available at www.ideasrex.com. It also documents all travels in written form called Traveloids and a large number of high aesthetic photographs, she specializes in landscapes as can be seen on instagram.com/ideasrex. Her artwork (acrylic on canvas) and photos are also published in many magazines around the world.

She is a member of the Past Preservers organization, which brings together experts and historians, artists and archeologists who use modern technology to promote historically significant localities. She runs and writes for the website www.musebuz.com, which promotes and deepens the awareness of 20th-century artists and contemporary artists.

She was accepted through rigorous selections as a visiting artist of the numerous international artists in residence programs. In 2019 it is the Museum of Contemporary Art in Beijing, China, and in 2020 Finland, Iceland, Spain and Portugal. New piano recording is in preparation with Prokofiev's War Sonatas, Barber Sonata, Goldberg Variations by Bach.

She writes about art and sometimes acts as a curator, art critique and artistic director. She manages the platform where most of her writings are published www.musebuz.com

The core aspect of my practice in the last few years is the zoom in and zoom out, I used to dream, I still dream and record those dreams where the planet becomes so distant that it represents a dot, in the following moment it becomes infinite as I become a dot. Everything is relative to the context which makes the whole picture, I am fascinated by the world of cells, atoms, quarks, gluons, on and on into the microcosm of forms/patterns that reflect the macrocosm equaly mysterious. We live in beetween but are governed by both, we constantly zoom in and zoom out through time, history, space, perspectives. Likewise, our cultural and historical inheritance is composed of cells of idealism, visions, and innovation, fueled by imagination and knowledge. I believe that this zoom in and zoom out process is the universal impulse towards understanding, awareness of history, but at the same time it is holding the vitality of a mysterious, indescribable awe before the pulse of the time within and around. It is in this spirit of awe that I am standing with one foot exploring the intersection of myth, history, philosophy, science and with the other, observing, my stream of consciousness, abstractions of thoughts, and futurism tapping upon the truth deeply sitted within while learning about it externally, again a zoom in and zoom out. Ultimately I think that science and technology will reach the point of singularity with art, which in turn will result into yet another cognitive revolution (the first was the invention of fire, mythologically seen as a story of Prometheus which is very important with my almost subconscious treatment of water and fire) but now we each hold this fire in our hands. Technology is constantly influencing and changing the way we interact with material existence, materials we use and also with each other, and I believe that we have to keep pace with these changes through fostering our human values, igniting each other’s imagination, knowledge and supporting authenticity, in other words everyone should become their own Prometheus that spreads the “fire” through internet and continues the primordial impulse that dictates the trajectory that our genetics first adopted.